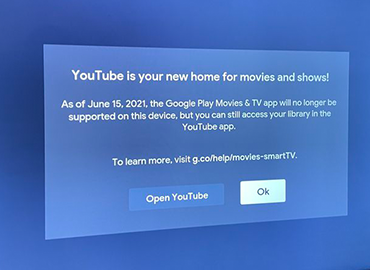 Users with Roku, Samsung, LG, or Vizio devices will have to switch to the YouTube app
This article was written and originally published on The Verge website – for more info visit theverge.com 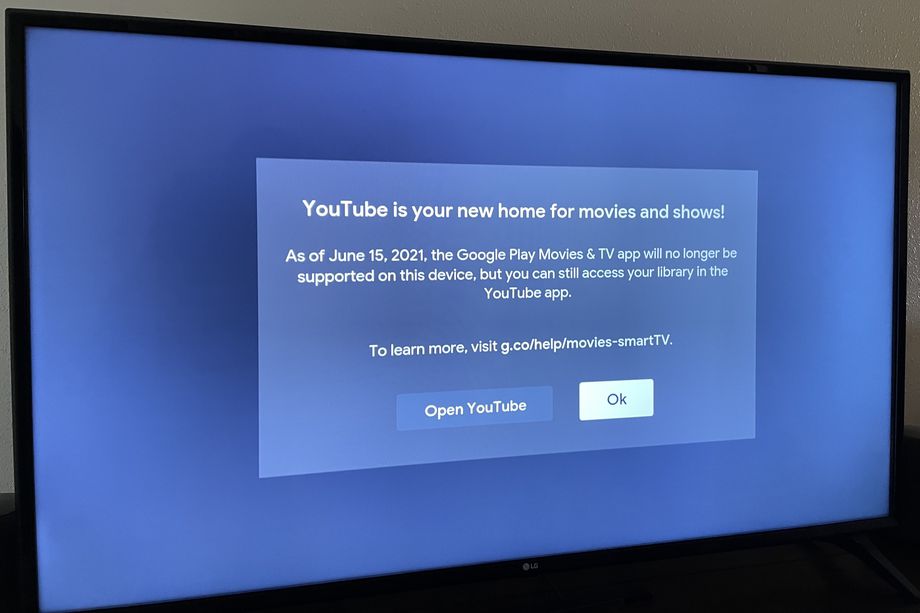 The Google Play Movies and TV app will no longer be available on any Roku set-top box or any Samsung, LG, Vizio or Roku smart TV starting July 15th, Google has announced (via 9to5Google). If you have movies or TV shows purchased or rented through the service, you’ll still be able to access them through the “Your movies and shows” section of the YouTube app on those devices.

This change will also affect you if if you used the Movies and TV app to access Movies Anywhere, the service that allows you to redeem codes from DVDs and Blu-rays so you can access your media digitally. Google has confirmed to The Verge that users who relied on Play Movies and TV to access that content will be able to do so through YouTube.

There are a few other caveats to note in the transition to YouTube. Your Watchlist will no longer be viewable in the app (though it can still be seen on the web by Googling “my watchlist”), and while your family can still share the content you bought from the Movie and TV store, any purchases made in the YouTube app won’t be shared with your family.

If you have movies or TV content purchased through the Play Store, here’s how you’ll be able to access them after July 15th:

Transitioning from one app to another can be tough, but Google is hoping to take some of the sting away for users by offering them a gift code that can be applied to their next movie or TV purchase — though you’ll have to redeem it on YouTube.

Google is shutting down the Google Play Movies & TV apps for Roku, Samsung, LG, and Vizio smart TVs on June 15, but past purchases should be available in the YouTube apps for those platforms, and you can use Play credits with YouTube. Watchlists won’t transfer though. pic.twitter.com/WJh0qAYTPg

We use cookies to provide you with the best possible experience in your interactions on our website. By continuing to use our website and/or by clicking “I Accept” you agree to our use of cookies on your device and to our processing of any personal information you provide, in accordance with our Privacy Statement available HERE.