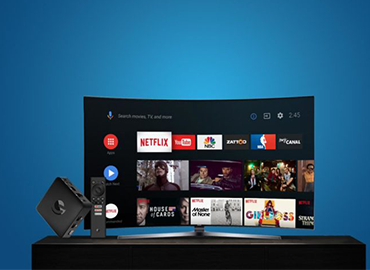 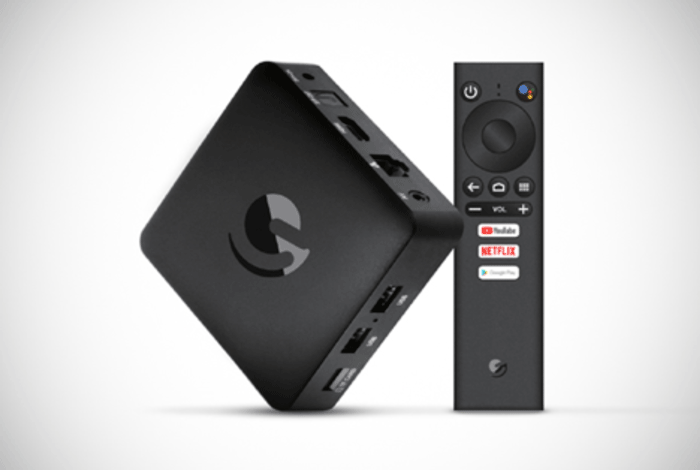 If you own a TV, and you don’t own a streaming box, you’re missing out on some amazing features.

An Android TV box can instantly transform your TV into a smart TV and offer many more content options, opening a whole new world of entertainment, allowing you to watch TV shows, download games and streaming apps on demand.

When considering a streaming box, the first thing to look for is whether the box is an official Android TV box tested and approved by Google.

Android TV is specifically designed for display on a TV screen. Android TV OS uses a 10-foot interface which has been optimised for navigating and selecting with a TV remote control, as well as displaying larger icons and text for view across a room. This ensures both an intuitive and enjoyable lean back user experience.

Most of the Android based set-top boxes promoted in the market currently are still using a mobile version of Android, which are designed for touchscreens and are often slow or clunky.

Apps that are available for the mobile version of Android are typically designed for a mobile phone or tablet are can be limited in terms of resolution or display incorrectly on a TV.

If you are a Netflix customer or interested in signing up for Netlfix, the second thing to look for when considering a streaming box, is whether the box has been Netflix approved.

For the Netflix Android TV app version that will optimise your TV experience and will allow streaming of Netflix’s 4K content, very few streaming box devices are approved by Netflix.

A good indication to look for is whether the box has a remote control with a Netflix button. If not; it is not approved for the Netflix Android TV version.

Furthermore, if there is any request, instruction or note not to update the installed version, it is another good indication that the applicable box isn’t approved by Netflix.

The Ematic Android TV Box is a Google certified and Netflix approved Android TV box. Being an official Android TV box, it also supports the Android TV versions of Netflix, Showmax and DSTV ensuring an optimal TV and lean-back experience.

Only Netflix’s Android TV app version supports its 4K content and TV Boxes that are not certified by Google for Android TV and approved by Netflix can only run the mobile app version of Netflix, and therefore not stream 4K content.

The remote furthermore also includes built-in Bluetooth voice search technology and comes equipped with Google Assistant, which means it has the ability to answer your questions, help you find your favourite movies and even control your smart home devices by simply pressing the Google Assistant button on the remote.

The Ematic Android TV Box is powered by a quad-core S905X SoC with Mali 450 GPU and includes 2GB RAM. It also boasts Bluetooth connectivity, 2 USB2.0 ports, and a MicroSD card slot through which you can play any other media you desire.

“What sets the Ematic Android TV box apart from other Android TV boxes in the market is that it already has both Netflix and Google Certification, which means that there is no side loading or work-arounds required to get Netflix working. If the content supports it, you can enjoy Netflix in Ultra HD (4K) with High Dynamic Range (HDR),” said Grant Robertson, Product Manager at Nology. “In addition to having the latest 802.11ac dual-band Wi-Fi, it also has an Ethernet port to provide an even more reliable and stable Internet connection while you watch your favourite movies and TV shows.”

Features of the Ematic Android TV Box include the following: